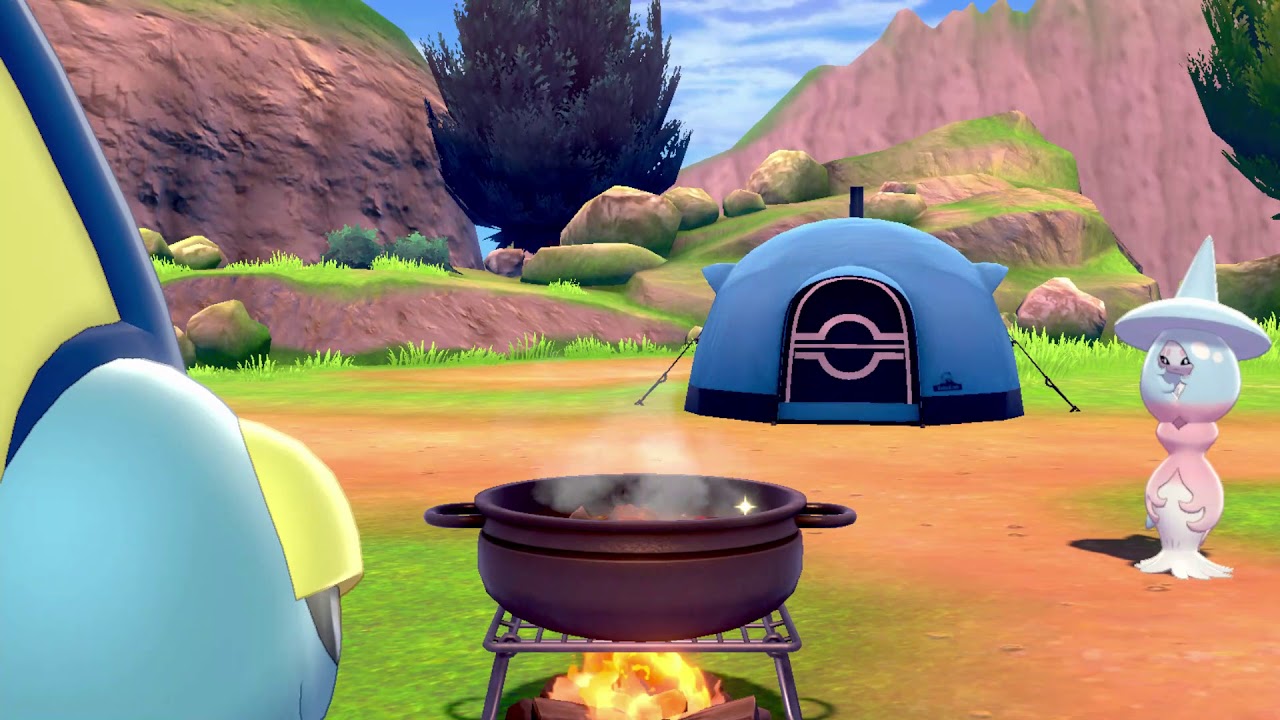 Where Can I Camp or Hike
Share on Facebook
Share on Twitter
Share on Google+
Share on Pinterest
Share on LinkedIn
Note that I’m playing Pokemon Shield! I was camping on the bridge between route 9 and the route 9 tunnel after beating the gym leader in Spikemuth. This wasn’t directly after (I ran around the entire map for a few hours before this) but I was wondering if it could be related to the cutscene where Leon’s running around figuring out the earthquakes (no spoilers pls). I camped on the bridge and made my curry with bone and 2 of each colored berry and Zacian first showed up. I tried it again with cream, and he showed up again, so I recorded the 3rd time.

After this, I closed my camp, didn’t move at all, and reopened my camp and tried different methods of cooking again, but he didn’t appear anymore, so it must’ve been limited to that one camping encounter. I’m curious if anyone else has had this happen to them?